As we continue to move past the fallout from the pandemic there will be a growing reliance on technology within every aspect of the operation and companies can be ready to take advantage, but they must start now or be left behind. Outside of adapting new technologies to tackle ordering and delivery, one area that is evolving and showing great promise is in the war for talent.

The seemingly never-ending battle to attract workers to open jobs is being driven by an overall smaller industry labor pool stemming from limitations in how companies are competing for and ultimately recruiting workers. As workers continue to depart food service in droves, a trend that picked up steam in 2020, heading to other industries such as food manufacturing, warehouse jobs, and even retail, where starting wages of $15-17 per hour in search of consistent income streams, complicating matters further are worker retention issues and turnover, and worker absenteeism which has become trickier in the wake of COVID exposure risk.

Even with potential changes on the wage front gaining steam, led by proponents for a federal minimum wage increase to $15 and the elimination of the tipped minimum wage, this will have a drastic impact on how restaurant businesses compete for talent. The incoming administration has made it clear that increasing the minimum wage is a priority— It’s highly probable that the federal minimum wage will be increased across the board as part of forthcoming relief packages, supported by a 2019 Congressional report showcased that if the federal minimum wage increased to $15 per hour it would have a positive net impact on upwards of 17 million hourly workers which is not insignificant in the eyes of those championing this change. With this wage increase, and the elimination of the tipped minimum wage, the restaurant industry will be forced to compete for talent by offering higher wages and more comprehensive benefits.

Wage changes notwithstanding, the industry is seeing a continued evolution toward more tech-enabled management and optimization tools for worker staffing, scheduling, backfilling, and hiring all powered by the gig-economy (and “gig-trade” to an extent) and become less reliant on going the traditional hiring route. Restaurants adapting their labor models to utilize the gig-economy will prove essential in order to better compete and stay solvent in both the short and long term. In fact, pre-pandemic, the average length of time a worker stayed on the job in the food service industry was just under 60 days, with a new hire interview process taking just over 10 days (this has surely worsened in the last 12 months), compounds dramatically as even moderate turnover keeps this flywheel in motion. Lost revenue and replacement costs alone total nearly $6,000 per employee— and with the average restaurant employing 25 staff means a potential loss of nearly $150,000 per year per location depending on actual turnover rate. Reducing this cost by half at minimum is quite possible by integrating a gig-economy approach to staffing up on-the-fly when positions become unfilled, with a higher degree of certainty that a competent worker can be on the job, working alongside a core team of loyal employees. These employees are better supported which reduces resentment and burnout (turnover), and thus, costs are reduced substantially by being fully staffed.

This is no small sum for most operators and based on the lack of support the industry has received in the wake of pandemic-driven closures and limitations, it highlights the real need to implement new strategies and cost-cutting to stay in business. And the growing reliance on gig-driven labor technology will move this industry away from a reliance on job boards and other inefficient approaches like posting on social media, hanging signs in the window that have a much lower ROI, and often have management committing large blocks of time to the task which includes the process of screening resumes, interviewing candidates, training, etc.

Real change is warranted— and the industry stands to benefit tremendously by integrating this type of technology into their operations and allowing management to focus on high-leverage revenue-generating tasks. With the industry poised for growth, potentially similar to what we witnessed after the Great Recession, competition will be significant and the war for talent over a smaller labor pool means those taking advantage of technology changes stand to prosper the most.

Thor Wood is the Founder and CEO of SnapShyft, a technology company that connects hospitality and food-service businesses with fully vetted & experienced front or back-of-house staff, on-demand. Headquartered in Indianapolis, IN, U.S.A., SnapShyft is delivering the best attributes of the gig-economy while eliminating bias and discrimination from the staffing process — working with acclaimed restaurant brands, high-volume catering & event operations, and hospitality businesses of all shapes and sizes. SnapShyft supercharges a manager’s ability to get great staff working on a short-term, seasonal, or long-term basis — allowing managers to give core staff the support they need while flexibly adjusting staff levels on-the-fly. An industry leader in delivering reliable & consistent results, SnapShyft has a successful shift fulfillment rate that is 3X the staffing industry average. SnapShyft was founded by a leadership team with over 20 years in food service & hospitality, 14 years in executive recruiting & staffing, and over 20 years in operations, finance, accounting, and HR. The SnapShyft platform has been featured in Bar & Restaurant, Business Insider, Buzzfeed, Hospitality Tech Magazine, TechCrunch, Xconomy, Yahoo! News, and was named a TechCrunch Top Pick for Social Impact, as well as a Top 15 Startup of the Year by Established, and was a recipient of the Indiana Innovation Award. 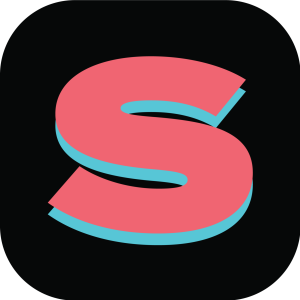 PrevPrevious7 Mistakes Managers Make During The Hiring Process
NextYou’ve Got Open Jobs. But Where Are The Workers?Next

The SnapShyft Labor Marketplace is the ultimate Staffing-as-a-Service platform for the food & beverage and hospitality industry.

A powerful technology solution that connects businesses with fully vetted & experienced staff, on-demand.  By supercharging a manager’s ability to get great staff working on a short-term, seasonal, or long-term basis, SnapShyft delivers the best attributes of the gig-economy while eliminating bias & discrimination from the staffing process.

We work with acclaimed restaurant brands, high-volume catering & event operations, and hospitality businesses of all shapes and sizes.